Back again from the Cotswolds and we continue to be enchanted by this corner of England. Our favorite cottage in Ebrington has been sold (sigh) so unlike usual, we stayed in the Coln Valley this time. We stayed at a cottage charmingly situated in Winson, complete with a stream running through in the back yard. Dash loved racing outdoors every morning and evening to patrol the perimeter. Winson is a very secluded village with mostly holiday rentals. We really like this part of the Cotswolds – especially the villages connecting Coln Rogers and Coln St Aldwyns. They have all the charm and none of the traffic as some of our other favorite towns more north. It’s also super handy for getting back to our side of London. We recently learned that our landlord owns The Malthouse, a £2 million pound property in Coln St Aldwyns. Must be nice.

One of the highlights of the weekend was visiting the Cotswolds Distillery, where we were given a tour of the sparkling new facility as well as a tasting. They are still aging their whisky (by law it must be aged 3 years before going on the market), but we got to try their new make and their gin. The whisky is unpeated and matured in bourbon, sherry and wine casks. Katie was pleased to see them using organic, local barley. It was hard not to appreciate what they are doing here, especially after meeting owner Daniel, who was very gracious and humble. Daniel is living our dream – he’s an American who moved to England with his wife, fell in love with the Cotswolds, and decided it was just the place to start a craft whisky distillery. He was a very nice fellow and we wish him the best of luck. We are supporting him by purchasing a barrel of the new make – yes a barrel! For £3,000, Daniel will kindly store our barrel for the next 10 years, at which point we will either sell it back to him at a considerable profit (hopefully) or (more likely) be the proud parents of 200 bottles of Cotswolds Distillery Ex-Bourbon Single Malt.

After touring the distillery we stopped for dinner at our favorite pub the Ebrington Arms. It was Friday, their busy night, so we had the pleasure of watching many of the locals amble in to suck down ales and eat crisps for dinner. We spent most of the remaining bit of the weekend by the log fire (dram in hand for Brent, port for Katie) fantasizing about owning a cottage in these parts. We attempted a walk through a public footpath in Bibury (famous for it’s Arlington Row of houses). “Attempted” because we never manage to stay on course, but we always have an adventure. This time we walked a Roman road and were chased off a pasture by some ornery cows. Not sure if there is a connection here, but the next day we were also chased off a field, by some llamas. Not withstanding that, it was a beautiful time of year to be in the English countryside with golden October colors and apple trees loaded with fruit. We’re looking forward to the next time we can get this way again, hopefully soon. 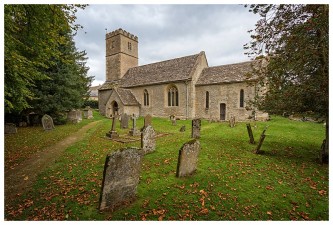